I’ve been getting notifications that people are subscribing to Diary of a Domestic Goddess, but as I mentioned in my previous post, I’m no longer using this blog. Not using it at all. There won’t be any more posts here, so there’s no point in subscribing.

Instead, why not pop along to my NEW blog, where I AM posting. Pretty much daily. Honestly, it’s a great blog, you should go visit it. And maybe subscribe to THAT one instead. You can find it here:

Comments Off on CLOSED

The Green-Fingered Goddess Gets a First Harvest

Posted on May 16, 2011 | Comments Off on The Green-Fingered Goddess Gets a First Harvest

Look at that! We actually have some beans ready for harvest! I have to admit, it happened sooner than I was expecting, but I’m very pleased about it, because tonight we shall sample the first fruits of our labour. There are only about half a dozen or so ready, but this afternoon they will be gently plucked and then I shall steam them to have with our tea. I’ve never before eaten anything that I’ve grown myself, so I’m inordinately proud of myself. I’m also hopeful that the fact that Xan helped plant them and has watched them growing will persuade him to eat them all up. He’s usually pretty good about vegetables, but it’s a while since we had beans…

And look at this very pretty yellow flower. We woke this morning to find the largest of our courgette flower buds had burst into bloom – and a very pretty one at that! I never knew courgette flowers were yellow (OK, so I could easily have found out, but it was a lovely surprise). I was also surprised at just how big the flower is – you can see my fingers in the picture holding it still, so you can see how big it is.

And you can see we have a lot more courgette buds getting ready to open. I’m hopeful that we’ll soon start to see actual courgettes on there, and by the looks of things, we’ll get quite a few, so I think some will be given to Leni to use, as I doubt we could use them all!

And we have more blossoms on the beans too, as well as more beans that will most likely be ready for picking in about a week, so we can continue to enjoy our bounty in the coming weeks!

Comments Off on The Green-Fingered Goddess Gets a First Harvest

Posted on May 1, 2011 | Comments Off on The Green-Fingered Goddess Goes Gardening…

Ever since we fenced in our bit of garden last autumn, I’ve wanted to do something with it, but we’re kind of limited as to what’s possible. I fancied planting veg out there, but the kids round here are notorious for nicking stuff (and the adults aren’t much better, really!), so we figured that if we planted veg in the garden, the crop we would see would amount to zero, as it would all have been taken by other folks before we got to it.

So I decided I wanted to plant some flowers, but what should I choose?

I have absolutely no gardening experience whatsoever, so it had to be plants that I could put in the ground and they’d pretty much look after themselves. I also wanted plants that would smell lovely, as I’m a very scent-driven person (as is Xander).  They also had to look pretty, as I love beautiful things (and Xander loves pretty flowers too). 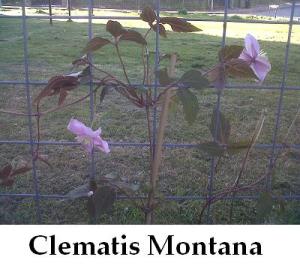 The Olds were up this weekend and, as my Mam is a keen gardener, I asked for her advice and help in choosing a few plants for our little garden, which is on the east side of our building.

What I got was (planted left to right as we look onto the garden from our livingroom window) lavender, sage, thyme, dianthus, kalanchoe, rosemary and butterfly lavender. We also got some clematis montana to wind its way through the chain link fence on the left side of the garden. It will take a couple of years to really start stretching the full length, but I planted it half way down the garden and it should spread both ways.  Xan and I had  lovely time together digging the holes in the ground and watering out new plants!

And indoors, our beans and courgettes are doing very well. The beans are actually starting to flower and the courgettes are covered in flower buds too! The sweet peppers are still working hard in their original pot, and I hope they’ll be ready to move to a larger pot some time in the next couple of weeks.

Our tomatoes don’t seem to be doing so well, though. They seem to have stopped growing and aren’t looking as healthy I wish they would. And our strawberry plants are all still teeny-tiny, but I’m hoping they’ll get there eventually. Even if they do, though, I don’t think we’ll be getting much of a strawberry crop (if any at all) this year.

Comments Off on The Green-Fingered Goddess Goes Gardening…

In North America, Buy Nothing Day is Friday 26th November.

In the UK and International, Buy Nothing Day is Saturday 27th November

If you worry that consumerism equals a whole load of waste that damages the environment, you might be interested to hear about Buy Nothing Day. It’s the simplest concept in the world; for one day only don’t buy anything. It’s easy – you just don’t go to the shops, you don’t spend any money, you don’t come home with a load of new stuff. For one day you’ll be saving your money and saving the environment, because if you’re not spending money, chances are you’re not going to use the car to go to the shops (saving on petrol and its damaging effect) and you’re not bringing home a lot of packaging that will be going into the waste.

Do your pocket and the world a favour and BUY NOTHING, just for one day! And when you DO buy something (the day before, the day after, or whenever), ask yourself the following questions (from Buy Nothing Day UK site):

Even if you do go out, there are LOADS of ways to not spend money. Here are just a few:

If you really cannot go one day without buying something, go to Amazero and “buy” the New and Improved Nothing. 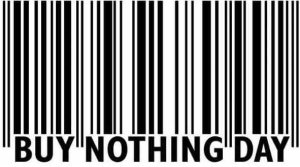 I’ve always fancied following the seasons when it comes to cooking, but I can never remember to which seasons different foods belong. Having a terrible memory, I thought it might be a good idea to find a handy guide to which I could refer and save my poor seive-like brain from having to retain yet more information!

Imagine my happiness on discovering THIS little guide from none other than the lovely Jamie Oliver*! It’s by no means a fully comprehensive list, but it’s a great starting point. At least now I know that this month I can safely bet on  aubergine, beetroot, blackberry, broccoli, brussels, cabbage, cauliflower, celeriac, celery, chestnut, crab, cranberry, duck, fig, garlic, guinea fowl, Jerusalem artichoke, leek, oyster, parsnip, pear, peas, potato, pumpkin, radish and salmon all tasting their very best this month. Not that I actually like everything on that list, but it’s good to know those I do like will taste good when I put them on my plate!

I know Jamie Oliver gets a lot of schtick from folks for being overenthusiastic and talking like his tongue is ten times too big for his mouth, but I like the guy. You have to respect a man who single-handedly took on the British school dinners system and won by being sensible and trying to educate the kids, their parents and all those involved in the country’s schools about good food, as well as getting shot of the dreaded Turkey Twizzlers! I also love that he champions British grub and that his recipes are (usually) full of things normal people have in their kitchens (as opposed to the likes of Delia Smith who assumes we all buy our food from gourmet specialist shops) that produce delicious and hearty meals (in direct opposition to those who make fiddly-faffy, tiny potions of exquisitely presented restaurant cordon bleu type fare).

Ideally, one of these days I’ll grow my own veg and be able to pick it from my own garden and then, wash it, prepare it and serve it all within a few hours from earth to plate. At present, this isn’t really possible, as round here if you plant anything in your garden, the local Uncouth Youth rip it all out. I did win a Windowgrow from Greenhouse Sensation earlier this year, but as yet it hasn’t been used. I hope to rectify that situation next year – I just have to find a place to put it! Perhaps it’ll fit on the kitchen windowsill. I have a fancy to grow some carrots in it…

In the meantime, I intend to double-check my list of seasons before I so my food shopping!

*Incidentally, if you click on any of the foods on the list, it will take you to a whole host of Jamie’s yummy recipes that include that particular food – how great is that?

22nd April 2010 is the 40th Earth Day – a day to celebrate the Earth in all its natural beauty and to really think long and hard about how badly we abuse our planet as well as what we can do to rectify that.

Do something good for the planet today. It doesn’t have to be anything complicated, just think about what you’re doing:

These are just a few ideas off the top of my head, but there are countless things you could do. I plan to try my hand at planting some seeds and growing my own food. It will be a windowsill project, but I’m determined to give it a try.

What will YOU do?

I’ve been hankering after growing my own food for ages now, but we can’t really do it in our section of the garden (which is open plan for the whole building) as the local kids have a habit of destroying everything in gardens around here, so anything we planted would be lucky to last five minutes. Despite this, I registered at One Pot Pledge and said I would commit to planting something in a pot.

This morning I got a wonderful email from them telling me I have won a prize:

Congratulations! You’ve won yourself a Windowgrow from Greenhouse Sensation!

This great product, perfect for window ledges and patios will be winging its way to your doorstep soon. Here’s hoping it helps you make a success of your One Pot Pledge.

The One Pot Pledge team

This will definitely make my pledge easier to keep! It will also mean I can do something with Xan along the lines of “lets plant these seeds and watch them grow together” kind of thing. I also plan to do the whole growing-cress-on-cotton-wool thing with him as you see results very quickly. I know he’s only 18 months old, but I really want to instil a love of plants and gardening in my little boy, along with an understanding of where our food comes from.

So, I’m all set to be a total Nature Mama and bring up a little Nature Boy! 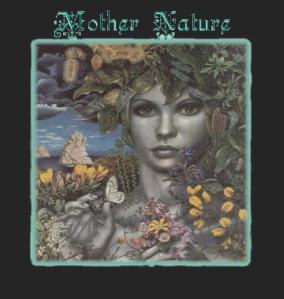