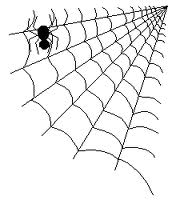 You know how I’m terrified of spiders? And you know how I’m determined not to pass that phobia on to Xander? Well, there was a spider in the bath last week. I told Xander that he was just having a little wander around and then Daddy would rescue him when he got home. Xander then asked, “Why don’t YOU just rescue Insy Winsy, Mummy?”

So I got a piece of card and a plastic pot, and I guided that spider on to the card, trapped him with the pot, and released him on the veranda wall so he could “go home”.

Xander seemed impressed. He told me, “That was very kind of you, Mummy. Now Insy Winsy can go home to HIS Mummy and not be lost any more!”

Granted, the spider was only the size of my thumb nail, but this is a MAJOR step for me. My heart is beating so fast as I type this that it feels like it could burst as I was so scared. But I kept that smile on my face the whole time (thank Gods I’m a good actor!).

That day I was the bravest Mummy in the world, and my little boy doesn’t even know it!

This morning I had to remove yet another (significantly larger, this time!*) Insy Winsy from our bath. I did it without hesitation and without visibly wigging out. This, however, is not the reason I feel proud. No, the reason I feel so proud is that I’ve just realised it’s become so commonplace that I forgot to even mention it to Dale today. (Mental high-five to self!)

* By “significantly larger” I mean if was one of those where the body is about the size of the tip of my thumb and THEN there are the long legs. Not quite a fill-your-palm spider, but heading that way!

I’m proud of myself.

Today I Am Awesome!

Of course, that’s not to say that if another shows up and Dale is home, I won’t make HIM deal with it – they still make me feel sick with fear inside I’m just getting better at hiding that from Xan!

2 responses to “On conquering fear…”